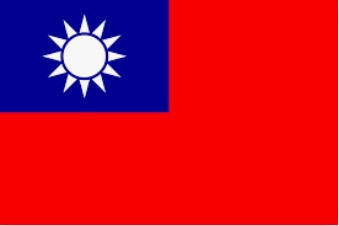 China has been increasingly aggressive in its military posturing as of late. With the ongoing conflict in Ukraine, many people are starting to worry about China invading Taiwan. However, there are several good reasons why this will not happen. In this blog post, we will explore several of the reasons why China won’t invade Taiwan.

Taiwan is a small island country in East Asia. It is officially known as the Republic of China (ROC) and is inhabited by over 23 million people. Despite its independence, It has been disputed to having belonged to China for several decades.

The Chinese Civil War resulted in the Communist Party of China (CPC) taking control of mainland China, while the Nationalist Party of China (KMT) retreated to Taiwan. Since then, there has been an ongoing dispute over which government is the legitimate one.

China won’t invade Taiwan because it would be very expensive

As any military expert will tell you, waging war is an incredibly expensive undertaking. Not only do you have to ramp up manufacturing and spend heavily on your defense infrastructure, but the burden also falls squarely on your economy. This is why, despite their often aggressive rhetoric, countries are generally reluctant to go to war: the costs simply aren’t worth it.

This is especially true for China at the moment. The Chinese economy has been tanking since COVID. Their real estate crisis has been deepening further, inflation has slowed down but coal prices are rising again, which means the power sector could face a renewed crisis and manufacturing could become more expensive. In other words, China is in no position to spend heavily on a military conflict right now.

In late 2021, the US Department of Defense released a report to Congress which said the following:

“Large-scale amphibious invasion is one of the most complicated and difficult military operations, requiring air and maritime superiority, the rapid buildup and sustainment of supplies onshore, and uninterrupted support. An attempt to invade Taiwan would likely strain PRC’s armed forces and invite international intervention. These stresses, combined with the PRC’s combat force attrition and the complexity of urban warfare and counterinsurgency, even assuming a successful landing and breakout, make an amphibious invasion of Taiwan a significant political and military risk.”

In fact, Taiwan is seen as a particularly difficult place for an amphibious assault. Back in 1944, the US military was considering an assault on Japanese controlled Taiwan. It was called, Operation Causeway. The plan was scrapped as it was seen as too risky, despite the small Japanese force that occupied the island.

Lastly, there are few beaches suitable for an amphibious assault.

We have seen the struggles that Russia has endured with their Ukraine invasion. Invading Taiwan is a logistical nightmare.

Taiwan would have ample warning of an invasion

Because of the logistical problem, plus the needed manpower and equipment, the build up would be obvious for several months. This would give Taiwan much needed time to ask for and receive aid as well as build up their defenses for an assault by the Chinese.

During that time, they could make preparations for an assault exceptionally difficult for any invading force.

Additionally, because of weather issues in the area, April and October are the only really good times for such an assault. The other months are known for unpredictable typhoons and high wind and waves.

The US would get involved

If China did indeed invade Taiwan, the United States would be obligated to help Taiwan under the Taiwan Relations Act. The act, passed in 1979, stipulates that it is US policy to “provide Taiwan with arms of a defensive character” and to maintain the capacity of the US to resist any force that threatens the stability of the Western Pacific.

In addition, the US has made it clear that it does not support China’s attempts to force Taiwan into unification. In 2021, then-Secretary of State Mike Pompeo said: “The United States rejects Beijing’s use of intimidation to try and force these changes. We will continue to support a peaceful resolution of cross-strait differences that is acceptable to both sides.”

President Biden has even specifically stated that the US would intervene.

China hasn’t fought a major war in over 40 years

The last time China fought a major war was in 1979, when they had a short border conflict with Vietnam. Over 40 years ago.

Since then, their military has modernized and grown significantly. But that doesn’t mean they’re itching for a fight. In fact, the opposite is true. Chinese leaders have repeatedly said that they don’t want war.

In 2020, Xi Jinping said: “No matter how strong it becomes, China will never seek hegemony or expansion. It will never inflict its past suffering on any other nation.”

Even if you have a hard time taking Xi Jinping at his word, their military is inexperienced in conflict and might struggle with utilizing their massive force.

Occupying forces will face an insurgency

Even if the island country of Taiwan were successfully captured by the Chinese, they would face another challenge – an insurgency. The Taiwanese people would not give up easily and would fight back in any way possible, making China’s occupation very difficult and costly, both in terms of money and lives.

The things that China find valuable about Taiwan would likely have to be destroyed in order for it to be successful. This is just another reason why China won’t invade Taiwan.

Vietnam and Afghanistan are great examples of super powers being ultimately defeated by the patience and long suffering of a well organized and well-supplied insurgency.

Russia has paid dearly for their invasion in Ukraine

We see that the economic fallout from Russia’s invasion of Ukraine have been costly. Their economy has suffered and they are now more isolated than ever before. In fact, their economy is shrinking rapidly under the sanctions. Russia thought they would have taken Ukraine long ago, but the war is still on-going, with no end in sight.

It’s doubtful that China would want to suffer a similar fate, especially when they have so much to lose and so little to gain from such an invasion. All of these factors make it very unlikely that China will invade Taiwan anytime soon. Despite the fear mongering, there are just too many reasons why it wouldn’t make sense for them to do so. So, rest assured, China won’t be invading Taiwan.