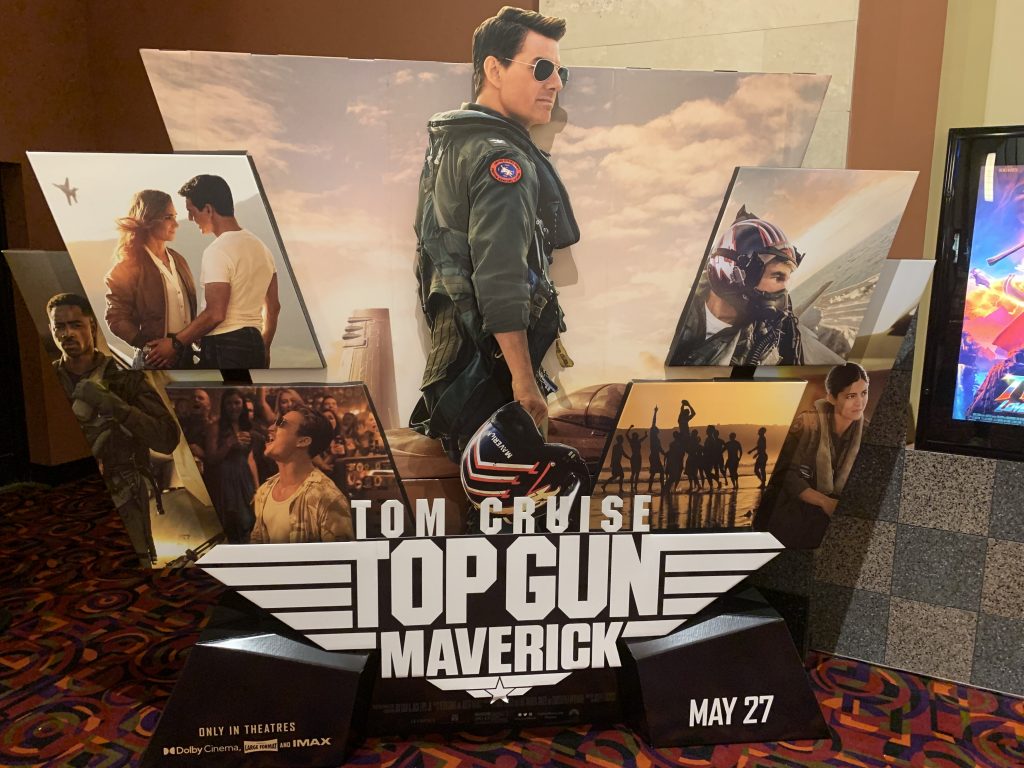 You will love this movie if you enjoy edge-of-your-seat action and don’t mind a few corny one-liners. Top Gun: Maverick is a wild ride from start to finish. The movie is packed with amazing aerobatic flight scenes that will leave your heart racing. The dialogue is cheesy at times, but that’s part of the charm, I guess. If you loved the original Top Gun, you will or probably did love it. Stand by for a Top Gun: Maverick Review.

What was great about Top Gun: Maverick

To a large degree, this movie pays homage to the original. From the beginning where you watch fighters taking off from a carrier with the Top Gun Anthem playing – to a scene with Maverick flying an F-14 and Goose’s son in the back seat.

It was clear that the filmmakers wanted to make a Top Gun movie for today’s generation while still keeping the feel of the original.

The flight scenes are spectacular and there are some amazing dogfighting maneuvers that most anyone can appreciate. They filmed some realistic flight sequences that were just fun to watch and kept up the intensity.

There seemed to be genuine chemistry between Cruise and Connelly, and I love getting to see Penny Benjamin after all these years. Too bad she wasn’t in the original.

I am a Jennifer Connelly fan! I celebrate her entire catalog.

Of course Tom Cruise did an amazing job as usual. I believe he is the greatest actor of this generation, but if he isn’t, he certainly knows how to pick a film and a role for himself.

It was also touching to see Cruise and Val Kilmer together on screen. Their short time together in the movie felt almost like a real moment between the two. Almost like it could have been about their own personal life journey’s, between Cruise’s intensity as an actor and Kilmer’s struggles with his health.

The music was pretty good overall.

What could have been better

The movie was a little predictable at times.

I wouldn’t have minded more cameos from someone else in the original. Additionally, I was hoping to see more of Iceman or any of the other previous characters. We needed more Hollywood and Wolfman, or maybe even Merlin. OK, that was a joke. Maybe. Maybe not.

In all seriousness though, I usually like Lady Gaga, but her song didn’t do anything for me, personally.

The story seemed even less realistic than the original, somehow, but that wasn’t the worst part.

The younger pilots in the movie didn’t do much for me. The characters were not compelling or interesting, and I didn’t find myself too attached to them. In fact, you barely get to know them outside of Rooster.

All in all, Top Gun: Maverick is a great addition to the Top Gun franchise and a must-see for any fan of the original film. If you’re looking for a non-stop thrill ride packed with amazing flight sequences and some heart, you won’t be disappointed.

Just don’t expect too much from the story or the new characters. And if you’re not a fan of the original Top Gun, this movie probably isn’t for you.