What is dead pool and what does it mean for the Colorado River? 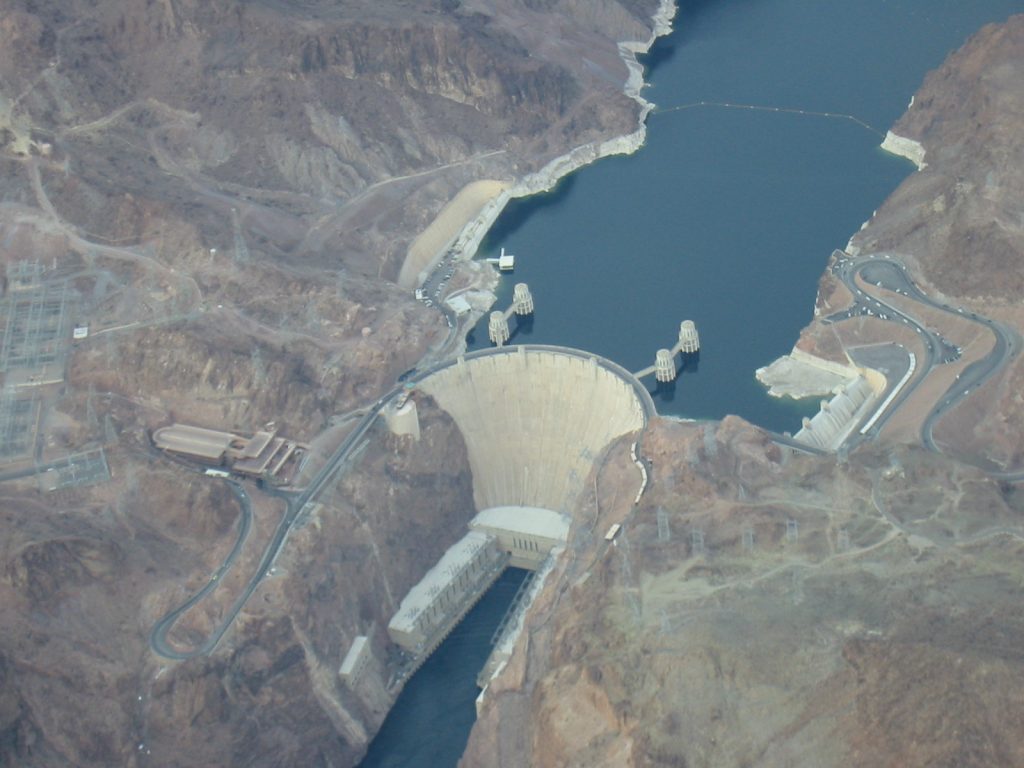 Dead pool is the term used to describe the lowest possible water level in dams like Hoover Dam. It is the point at which the lake would no longer be able to flow over the spillway at Hoover Dam. Hoover Dam is the what created Lake Mead. If water levels in Lake Mead reach dead pool, it would have major implications for the millions of people that rely on the Colorado River for water.

The Colorado river begins in the Rocky mountains, where melting snow pack creates a major river that winds for 1,450 miles in the arid southwest. It’s existence is crucial for major settlements such as Phoenix, Tucson, Las Vegas and Los Angeles. Including their sprawling suburbs. Southern California relies on the Colorado River to supply about one third of it’s water supply.

The Colorado river is one of the most highly controlled and regulated rivers in the world.

There are 15 dams along the Colorado river, most notably Hoover Dam and Glen Canyon Dam (which creates Lake Powell). These dams help to store water for use during years of drought and also provide clean energy for the people in these states.

However, we are quickly exhausting the reservoirs that we have created for extended periods of drought.

What is dead pool?

Dead Pool is not just a superhero. It is also a term that describes a level where a dam will no longer be able to release more water downstream. If the water were to get any lower than dead pool at Lake Mead, it would no longer be able to flow over the spillway and into the turbines at Hoover Dam.

When water flows over the spillway, it needs to have a certain amount of pressure. In fact, as the water levels drop and approach closer and closer to dead pool, the amount of electricity generated by the dam is decreasing as well.

The level at which Lake Mead will reach dead pool is 895 feet. It is currently at a depth of about 1047. This is the lowest the dam has been since it was originally filled almost 90 years ago. It’s about 24 feet lower than this time last year. The rate at which the lake is dropping is accelerating as well.

What does dead pool mean for people who rely on the Colorado River?

In Las Vegas, the water authority has created an intake that can draw their water from below dead pool. But what about the millions of people who rely on the Colorado river for their water, in Arizona and California? Dead pool would create a major crisis for those in California and Arizona.

What can be done to prevent dead pool?

The Colorado River Compact was created 100 years ago in 1922. It divided up the river among the seven states in its basin. You might say it was based on an overly optimistic assessment of how much water was actually in the river. Or, at least what might be expected on wet years vs dry years.

Now, in the midst of a long dry spell, and the ever-increasing demand for water in the west, the Colorado River is running dry. And dead pool is a very real possibility.

A short term solution is to increase the amount of water that is released from the upstream dams, but those dams are running low as well. They face a similar issue if they run too low on water.

Another solution is to use the water that is currently being used for agriculture and other purposes more efficiently.

Finally, people who live in cities along the Colorado river can use less water.

California gets the majority of the water from the Colorado River Compact. Frankly, they have done a poor job of conserving this precious resource. Residents and policymakers need to rethink water usage in southern California. Conservation efforts have been feeble on their part. The time of reckoning is quickly approaching.

Just last month, policymakers in California voted against the creation of a $1.4 billion desalination plant.

California isn’t treating this situation with the urgency it requires, and they may live to regret it if we reach dead pool.