Why Gas Prices are High: A Look at the Factors That Impact Price 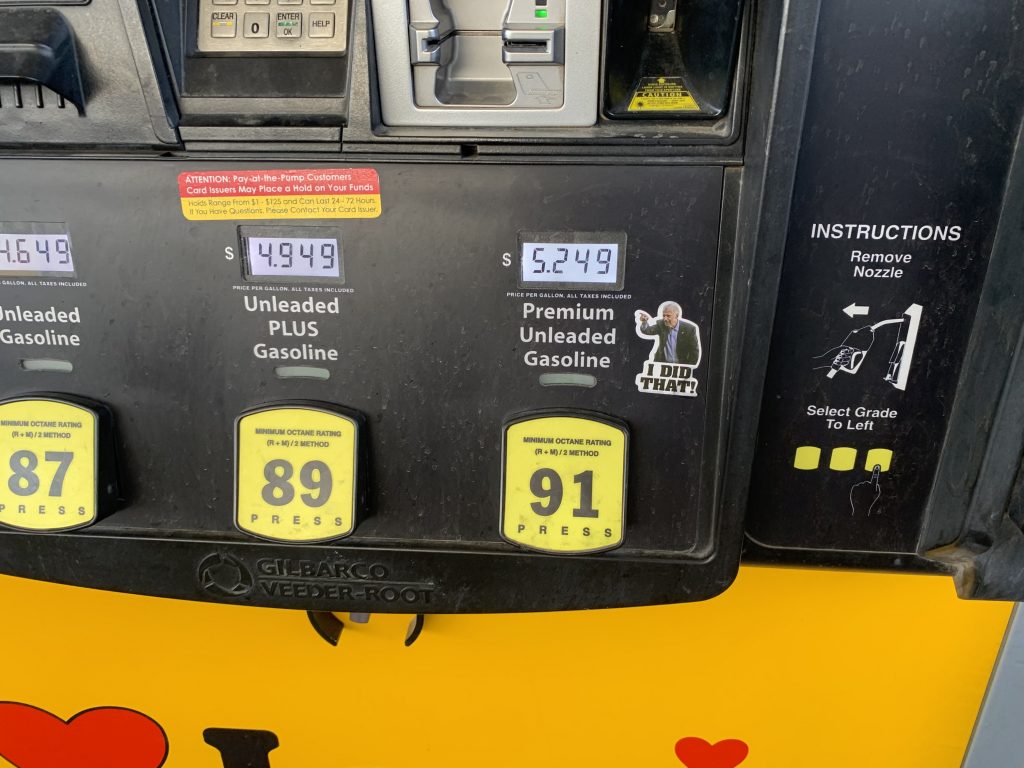 While gas prices are high right now and have been on the rise in recent months, it’s important to remember that there are many factors that go into setting the price of gas. A barrel of oil is now selling for about $115, up from about $70 this time last year.

Gas prices are high because of several factors

It’s no secret that gas prices are subjected to many outside factors on a global scale.

The summer months are usually when gas prices rise due to increased travel. This year, gas prices have been on the rise for several months now and do not seem to be slowing down.

Even with the highest inflation in 40 years, that is not the biggest factor for the price of oil and gas. It is one simple thing that is driving gas prices higher – demand.

The cost of crude oil has risen sharply over the course of the past two years. Crude oil is the main ingredient in gas and its price has been increasing due to strong global demand. Additionally, sanctions with Russia have contributed to higher crude prices around the globe.

So while it may be tempting to blame gas station owners for “gouging” customers, the reality is that they are simply responding to market conditions. Gas station owners have been forced to raise their prices in order to stay in business.

What determines the price of gasoline?

There are five main aspects to the gas and oil companies that influence gas prices:

Of these, the cost of crude oil is the most costly, as it makes up over 60% of the price at the pump – and demand for expensive oil is very high right now. Supply is not being increased all that much either.

How can we lower gas prices?

Here are some factors that could contribute to lower gas and oil prices:

Government is influencing the oil supply more than any other single factor. Primarily through regulations, manipulating of the market, and threatening to kill the industry altogether.

It’s pretty clear that much of what we are currently enduring had it’s makings back in 2020 to a large degree.

Policymakers in 2020 claimed we could stop our economy and then we would have a “V-shaped recovery”. Clearly, they were wrong about their COVID policy having a minimal effect on the economy.

Unlike the Federal Reserve which can start printing money from thin air, oil has to actually be pumped out of the ground and processed to reach us.

In addition to government policy which forced oil companies to lay off employees back in 2020 and sent shockwaves through supply lines, oil companies are afraid of what the future holds for oil. Policymakers have shown contempt for the oil industry and it is hurting supply.

Gas companies are hesitant to raise production too much because investment into new wells and refineries is expensive and takes decades to recover the costs from.

Additionally, electric vehicles are becoming more and more popular, in large part because of government interference. For example, Tesla is producing more and more cars every year, which will only increase as time goes on. With these trends, they have little incentive to drill more aggressively.

The government seems to be pushing extremely hard for more and more EVs and less and less internal combustion engine vehicles.

There’s nothing wrong with exploring alternative energy, but the market should be determining it. Instead, the government is manipulating the market – and this is forcing gas prices to increase as a response.

Outside of government manipulation and disruption of the market, they are also influencing the cost of gas through:

“There is no question that Vladimir Putin is principally responsible for the intense financial pain the American people and their families are bearing. But amid a war that has raised gasoline prices more than $1.70 per gallon, historically high refinery profit margins are worsening that pain.”

It is true that oil companies are taking higher profits, but that is common in any industry that is experiencing a higher demand. Companies like BP and Chevron are in the business of making money for themselves and investors – and they are duty bound to it.

While Biden and other green democrats are largely to blame for much of the hesitation for oil companies to drill more aggressively, they will not accept any of the blame. They will blame totalitarian Russia, who produces about 1 out of every 10 barrels of oil on the global market – and the capitalist oil companies they have threatened to end.

In the meantime, the President is directing the EPA to make life harder on oil refiners.

He is making good on promises he made during the 2020 Presidential debates where he said, “I would transition away from the oil industry, yes… The oil industry pollutes, significantly… It has to be replaced by renewable energy over time.”

Joe Biden in 2020: "No more subsidies for the fossil fuel industry. No more drilling including offshore. No ability for the oil industry to continue to drill period. It ends." pic.twitter.com/90MVJevPmv